New Leader for the Long 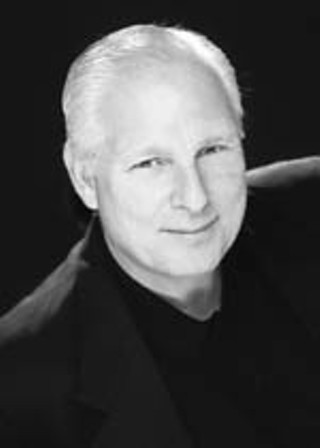 Almost nine months have passed since David Fleming left for Green Bay, Wis., to run the Weidner Center for the Performing Arts, and the Long Center for the Performing Arts has been without a permanent executive director all that time – a long stretch without a steady hand at the helm, especially with Long Center trustees spending that time feverishly scaling the project back to something economically feasible, reworking its design, and launching a huge fundraising push to meet a can't-miss deadline for breaking ground this fall. Oh, Dwayne Cooper, the center's director of finance and administration, has been filling that role in an interim capacity, but the organization seriously needed someone for – pardon the pun – the long haul. Fleming's successor couldn't show up soon enough.

Well, at long last, he's on his way. On Wednesday, June 16, the trustees selected Cliff Redd as the Long Center's new executive director. The 30-year veteran in arts administration is being imported from the Dallas area, where he founded Theatre Arlington in the early 1970s and was its executive director until 1990; ran the Shakespeare Festival of Dallas during the Nineties; and briefly headed the 500 Inc., a Dallas art charity. Most recently, he's served as executive director of the ArtCentre of Plano, an arts facility in a 19th-century building that includes an art gallery and art studio/classroom, a theatre, and community meeting spaces. He also helped organize Plano's Blackland Prairie Festival and a free summer program for grade-school students from low-income families.

Redd joins the Long Center with no time to spare. Demolition of Palmer Auditorium needs to begin in October if the Long Center is to make its scheduled opening in the fall of 2007 – after which Bass Concert Hall will no longer be available for performances of the opera, ballet, and symphony. But in order to break ground, the organization needs $77 million in hand. Right now, it has $59.6 million in cash and pledges – that's up $6.5 million since mid-April – but that leaves $17.4 million to be raised in less than four months.

"Everyone plays a part," says the center's capital-campaign slogan, and the center has three more Austinites playing theirs as trustees of the Long Center. The city council has just appointed to the center's board Dr. Nora de Hoyos Comstock, president of Comstock Connections and chair of the Sana Group; Latifah Taormina, executive director of the Austin Circle of Theaters; and Irene Williams, a technology and entertainment attorney and vice-president of Advent Networks. For more information, call 482-0800 or visit www.thelongcenter.org.

Topping Out the Blanton
That tree on the roof? Means the new museum is A-OK.