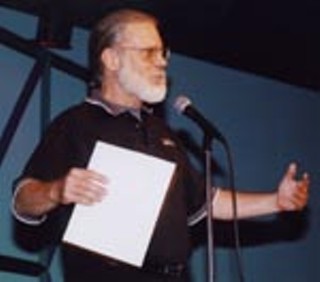 On Monday, June 7, the Austin Critics Table handed out its annual awards for outstanding achievements in the Austin arts in a ceremony at the Cap City Comedy Club. This year's set of honors – the 12th presented by this informal association of local arts writers – began with the third induction of artists and arts patrons into the Austin Arts Hall of Fame. Eight individuals were recognized, all of them having made pioneering contributions to the community in the areas of dance, classical music, theatre, or the visual arts.

In the awards ceremony, the big winner was Zilker Theatre Productions, which netted five awards for its Hillside Summer Musical production of Crazy for You, including its first-ever win for Production of a Musical. How Late It Was, How Late by the Rude Mechs took home four awards, while the State Theater Company's I'm Not Lying and the Zachary Scott Theatre Center's Who's Afraid of Virginia Woolf? received three awards each.

Crazy for You, Zilker Theatre Productions

Scott Schroeder, Crazy for You

Lauren Worsham, The Wizard of Oz

Dikran Utidjian, How Late It Was, How Late

Kirk Addison, Crazy for You

Timothy Curry I, It Ain't Nothin' but the Blues

How Late It Was, How Late, Kirk Lynn

Michael McKelvey, Crazy for You

Judy Thompson-Price, Crazy for You

Robert S. Fisher, How Late It Was, How Late/ Perdita

Colin Lowry, How Late It Was, How Late

The Man in the Red Tie, Ballet Argentino, UT-PAC

where nothing falls, Sally Jacques Productions

Going to the Ends of the Earth Award

Always Carrying a Torch for You Award

Off and Running Award

The 2004 inductees into the Austin Arts Hall of Fame are:

Citing his dislike of competition, award winner David Stahl (r) invited his fellow nominees in the category of Outstanding Lead Actor in a Comedy onto the stage and cut up his certificate to share with them. Joey Hood takes his share as Critics Table member Jamie Smith Cantara looks on. (Photo By Bret Brookshire)