When the Texas Legislature sought to pay for a property tax cut with a tax on performing arts events, local arts groups mobilized and made their opposition heard 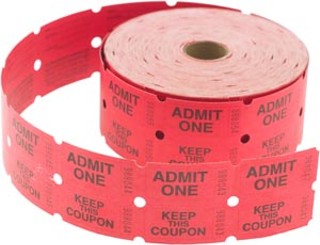 When it appeared last week that the Texas Legislature might try to help pay for a property tax cut with a tax on performing arts events, local arts groups did not take it lying down. In fact, they showed just how quickly cultural coalitions can mobilize and how artists can make themselves heard as clearly in the back rooms of the Capitol as in the back rows of theatres. As word broke of House Bill 1's inclusion of a $1 tax to be added to every ticket to a theatre or dance performance, concert, sporting event, or amusement park in the state, artists and administrators started organizing in opposition. The Rude Mechanicals drafted letters for arts supporters to send to legislators. Melissa Eddy of the Classical Musical Consortium of Austin stated the arts' case in the Austin American-Statesman, and Amy Simpson Layton of Greater Tuna Corp. was among the legions who helped keep folks updated on the measure's progress.

Austin Circle of Theatres Board President Bruce McCann and Executive Director Latifah Taormina were among those on the front lines, contacting and helping secure the support of Austin Rep. Todd Baxter and San Antonio Sen. Jeff Wentworth. Initially, arts groups understood that the only exemptions to the tax would be performances for public schools, colleges, or charity events, though some attorneys suggested that nonprofit arts groups, by virtue of their stated purpose, would be covered by the exemption for charitable purposes. But to remove all doubt, Baxter helped draft language for an amendment to clarify matters. It specifically exempted tickets to events affiliated with "an organization exempt from federal income tax" by its designated 501(c)(3) status; an event "that involves music, theatre, or other performing arts in which the person performing is not paid for the performance"; or "if the net proceeds of the event are used only for a charitable purpose." Wentworth agreed to sponsor the amendment in the Senate, and Baxter would sponsor the amendment if the bill bounced back to the House. Of course, that was all rendered moot when the session wound down without any resolution of the school finance issue, but the possibility exists that the arts tax might be revived in the future. If so, the artists are prepared.