Changing of the Bard 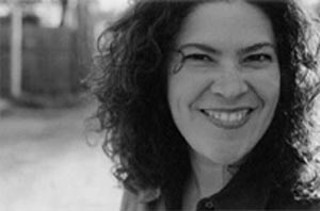 After a year and a half of wrangling playwrights and driving the big bus that is Austin Script Works, Dan Dietz is ready to relinquish the wheel and get back to writing plays full time. So, on June 30, the author of tempOdyssey – a recent nominee for the 2004 David Mark Cohen New Play Award – will leave his post as executive artistic director for the service organization and return to the ranks of its member dramatists. The next day, he'll be succeeded by a familiar face, Colin Denby Swanson, a former Austinite who's spent the last few years living the life of the itinerant playwright, going wherever there's been interest in her work: to Minneapolis, where she was a Jerome Fellow at the Playwrights' Center, received a McKnight Advancement Grant, and had two plays commissioned by the Guthrie Theatre (The Atomic Adventures of Nikolai Nikolaevich and Governing Alice); to Independence, Kan., where she was a playwright-in-residence for the William Inge Festival; to New York, where she moved last year; and even to Austin, where she returned briefly to help a group of St. Stephen's students develop a play from a high school biology textbook (an adventure she chronicled in this paper: "Weird Science Takes the Stage," Feb. 6). Now Swanson is back for a longer stay, providing leadership for ASW's 140 member playwrights. She knows the organization well, having been a CORE member herself and having used ASW Salons to develop her play Death of a Cat, which will be produced by Salvage Vanguard Theater this September. She's also remained active through the last few years teaching ASW playwriting workshops and serving as a dramaturge for the organization's Pulse Works festival last year. And if there's anything about the job she doesn't already know, her predecessor will be around for a while to provide information and insight. And what of Dietz? Well, considering his recent accomplishments – tempOdyssey; getting two of his 10-minute plays staged at the Actors Theatre of Louisville's Humana Festival, with one of them winning the Heideman Award; a staged reading of Tilt Angel at New Jersey Rep earlier this week – this would seem an apt time for Dietz to focus on his writing. A party to welcome Swanson is in the planning stages. For more information, call 454-9727.