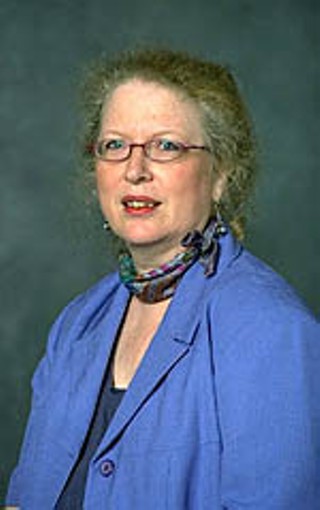 The UT music community was shaken last Thursday, April 29, by the death of Danielle Martin, professor of piano and head of the School of Music's keyboard division. This gifted musician and dedicated educator had been on the UT faculty since 1972 and was as much a mother to her students as a teacher, and while her passing would have been tragic under any circumstances, it was made doubly so here because her life was apparently taken by one of her students. Police responding to a 911 call from Martin's Hyde Park home found Jackson Fan Chun Ngai, a graduate student working toward a master's degree in piano, standing near her body with a meat cleaver in his hand. He reportedly believed that Martin had a computer chip in her brain and had tried to remove it. Martin, 56, was pronounced dead at the scene. Ngai came to Austin last year from the University of Hawaii and is said to have assisted Martin, who suffered from multiple sclerosis, by running errands and helping her get to and from campus. The Austin American-Statesman reported that Ngai had recently been hospitalized in an Austin Travis County Mental Health Mental Retardation facility and was either discharged or left against medical recommendations on April 20. He was arrested and is being held, with bail set at $1 million.

A graduate of Oberlin Conservatory and the Peabody Conservatory, Martin had a distinguished career as a solo pianist, chamber musician, and orchestral soloist in a wide variety of repertoire. She performed at the Music Academy of the West, the Round Top and Tanglewood festivals, and the 70th birthday celebration for her old teacher Leon Fleisher. She was honored for her teaching and arts leadership with numerous awards and was one of 10 teachers selected to serve as Mobil Ambassador to the ninth Van Cliburn International Piano Competition. She served as co-director of the UT High School Piano Performance Workshop each summer and initiated and administrated the Sidney M. Wright Endowed Presidential Scholarship Competition in Piano Accompanying. One of Martin's most significant contributions to Austin at large was the Mostly Music Marathon, an annual fundraiser for AIDS Services of Austin that she co-founded with Ann McCutchan and directed. She leaves behind countless colleagues, friends, and students, many of whom are pursuing notable musical careers across the world. Martin's family held a graveside ceremony on Tuesday, May 4, in Farmingdale, Long Island, N.Y. The School of Music will hold a memorial ceremony on Monday, May 10, 11am, in Bates Recital Hall. A memorial concert is also being planned for the fall semester. In lieu of flowers, the family asks that donations be made to the Danielle Martin Memorial Scholarship Fund in the School of Music. For more information, call Dr. Glenn Chandler at 471-3157.