As Theatre for Children Matures

In nurturing children’s love for the stage, Coleman Jennings has helped a profession develop 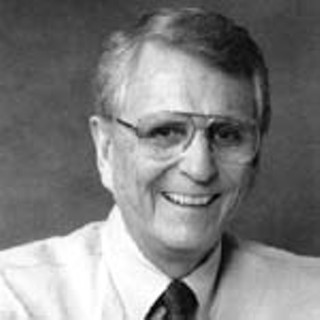 Coleman Jennings hasn't been a child for many, many years, but he has devoted his life to the child in all of us. For close to half a century, he has been studying, creating, and teaching others to create theatre for children and youth. It's a field that has often been misunderstood and belittled, dismissed as a province of poor literary adaptations and sappy moral lessons acted broadly by actors not talented enough to succeed in adult theatre. In fact, theatre for young people has grown progressively more sophisticated and professional over the last 40 years, with plays that range from slapstick comedies to Tony-nominated musicals to contemporary social dramas addressing divorce, racism, and AIDS, and companies that are among the country's largest and most successful theatres. The winner of the 2003 Tony Award for Outstanding Regional Theatre went to the Children's Theatre Company of Minneapolis.

Jennings has been there for it all. From his early years directing children's theatre in Victoria and Midland through four decades on the faculty of the UT Department of Theatre & Dance, he has witnessed – and contributed to – the development in the profession. He's directed more than 20 productions, written three plays (two of them co-written with his wife, Lola), edited six anthologies of plays for children, led a campaign to require creative drama in Texas elementary schools, helped establish the only endowed chair in Theatre for Youth in the country, and taught hundreds of theatre artists and administrators who have gone on to found their own companies. In Austin, companies such as Project InterAct, Pollyanna Theatre Company, and Second Youth Family Theatre (see "The Arkansaw Bear," p.41) are evidence of Jennings' influence. He has been honored with a Texas Educational Theatre Association Founder's Award and a Lifetime Achievement Award from the American Alliance for Theatre and Education and inducted into the College of Fellows of the American Theatre at the Kennedy Center. Somewhere in there, he also found time to chair the Department of Theatre & Dance for 12 years.

In recognition of all his contributions, the department is recognizing Jennings this month with a new production of his play The Honorable Urashima Taro, directed by current department Chair Richard Isackes, and a symposium, Forty Years and Counting: Honoring the Achievement of Coleman A. Jennings and the Field of Theatre for Youth. In addition to a keynote speech by Jennings' former teacher and mentor at New York University, Lowell Swortzell, the symposium will feature panels on the changes in children's dramatic literature and its production, education and outreach in the field, and the training of its artists and professionals. In anticipation of this event, the Chronicle visited Jennings in his office at UT to gather some personal observations on children's theatre.

So what did the field of children's theatre look like when you started?

Coleman Jennings: Very different. The major difference was the scripts that were available. We had some good plays, but not a lot. Most of the plays were fairy and folk tales. And early on, in the Thirties and Twenties, a lot of the plays were instructive, teaching children how to brush their teeth, health and hygiene and all those little playlets that are so laughable today. It wasn't until the Sixties that things really started changing. There was a publisher at Anchorage Press, Sara Spencer, and she challenged playwrights to look at more mature themes – not to get rid of the fairy and folk tales, because we want to keep those, but to do theatre that was more challenging, make the audiences think. People started doing that. Today we have so many more good plays.

But we also have a lot of not-so-good ones. [Gestures to a shelf of scripts] There are 180 that I think my students in my children's dramatic literature class have to know. The rest [gesturing to several more shelves below that] are all rejects. But you can do that in adult theatre.

Actually, before I was ever in the profession, it was pretty much a volunteer movement. Early in the last century, we had the Junior League doing plays for children. The women usually wrote the plays and performed them with an all-woman cast. They had the best of intentions – and I still honor the Junior League greatly – but it was amateur. That began to change through the colleges. Winifred Ward at Northwestern pushed to make children's theatre more professional. When I got here 40 years ago, the Austin Junior League was still performing, but then the national organization pushed for a change within the organization and said that instead of the women performing, they should give money to professional groups. The children's theatre profession has really matured. Overall, the quality is so much higher.

AC: Does that mean that there is more respect for children's theatre than there used to be?

CJ: Oh, definitely. I think many people in the theatre profession felt it was amateurs doing children's theatre, and we didn't have the Seattle Children's Theatre. We didn't have the Children's Theatre Company in Minneapolis. Minneapolis and Seattle now rival any adult theatre in terms of budget and the number of productions and staff. And now many adult theatres have added children's theatre: the Denver Center Theatre, the Mark Taper Forum, the Alley. 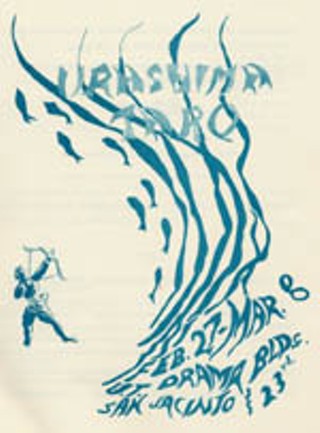 AC: Do you watch the children at a performance?

CJ: Very much so. It can be very exciting or it can be very nerve-racking, depending on the quality of the show. Some people say, "Oh, the children are so terrible." Well, 90% of the time, it's the production. I find, and I think most people in the profession find, that children are so well behaved if the show is engaging, because they forget everything else. There are always going to be wiggle spots – this is one reason I can relate to them, because I wiggle a lot in the theatre – but everyone says the children are so honest. When they're involved, they're involved. If they're bored, they let you know it. They don't say, "I'm bored." They start wiggling, they start fanning. A lot of people say, "We're not going to give the children programs, because they'll make airplanes or fans." If they're making an airplane or a fan, then that's what they should be doing at that moment, because that's probably what I would be doing. So I insist that in our productions the children get the programs in advance; we treat them just like we do the adults. It's a gauge to see how they do.

I remember one show; it was a good show except that there was one segment that was boring. So this little girl on the front row started fanning herself with her program. It was like they were on a dimmer, a rheostat. The whole audience started fanning. There was no reason for them to fan themselves, and they're all fanning. Well, the next character comes in, it gets interesting, they stop, and they were attentive from then on. They respond more as a group than adults. I mean, instantly, they can go from total involvement to total disinvolvement.

With all the changes that have come in children's theatre, what hasn't changed is how the children behave in the theatre. Today, they're exposed to so much more on television and film, so people think that theatre is not going to capture them, that it's below their sophistication level. But the child audience has basically not changed over all these years. They behave the same way. Because you have live actors up there telling a good story, and they're caught up in it.

AC: One of your anthologies was titled Plays Children Love. What makes a play that children love?

CJ: First and foremost, it has to have a strong story – it's the plot. It's got to be a strong story, one that they can't figure out, or maybe they can figure it out, but they want it to go a different way. Stories that have conflict, that have action, life-and-death stories. Stories where the stakes are high. It has to have strong characters. And it has to show it, not tell it. In adult theatre, we can talk it out – Eugene O'Neill and all these great playwrights – and we listen. But the children aren't going to listen.

AC: You knew Aurand Harris, whose play The Arkansaw Bear is being revived locally. It premiered at UT in 1980. He's one of the most produced playwrights in children's theatre. Are there qualities that made his work especially rich for children?

CJ: I think the playwrights that are really successful understand children. They have a love of children. Aurand Harris often said, "If I'm successful, it's because I like what children like." He taught elementary school in New York for 30 years, and it really comes back to respecting the audience but also having a burning desire to share something with that group of people. Aurand Harris started out writing adult theatre, but then he said, "I just don't have anything to say to adults." And a lot of times, you don't start out saying, "I'm going to write this for children." You just want to bring this story to life, and it finds its audience.

AC: You've had a hand in shaping the evolution of the profession, educating the next generation of playwrights, directors, actors, and teachers. How do you feel about watching those people go out and start their own companies?

CJ: That's my greatest delight. It really is. We've been able to keep up with about 80% of our graduates. We have people all over: We have them teaching in elementary schools, as theatre arts specialists, teaching in high schools, working in regional theatres, in religious education – all drama-related. It's great. It's so rewarding to be with these students while they're here, but also to see them go out and establish children's theatre companies. I have friends my age who have retired, and they say, "When are you going to stop working?" And I say, "I don't work. I teach."

The Honorable Urashima Taro will run April 23-May 2 at the Oscar G. Brockett Theatre in the Winship Drama Building on the UT campus. For more information, call 471-1444.

Peter and the Wolf
Prokofiev by way of Looney Tunes