Students and colleagues sing in tribute to the late Martha Deatherage 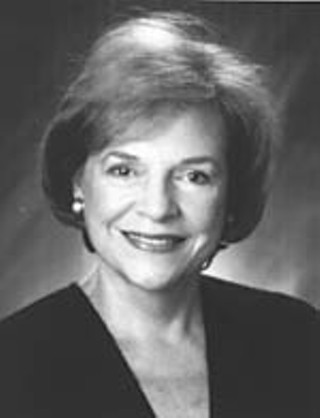 "She was our beautiful Joan of Arc, an artist and a great teacher and a champion of all that we hold dearly."

That description of Martha Deatherage by UT professor of piano Danielle Martin explains, about as well as any single sentence can, why this woman who spent more than 40 years on the voice faculty of the UT School of Music was so revered and beloved and why her loss is still keenly felt 11 months after her passing. She possessed the kind of forceful personality and sense of commitment, both to her craft and to her teaching, that inspire admiration and affection and sometimes even awe. They've also inspired a number of her colleagues and former students to pay tribute to her this Sunday in a way that would have the most meaning for her: by raising their voices in song.

Deatherage was herself a singer, a classically trained soprano whose vocal career spanned five decades, beginning in 1954 when she sang for a weekly CBS series from the Municipal Opera of St. Louis. But while singing professionally led to numerous successes – Fidelio at UCLA, Tosca with the St. Louis Grand Opera, performing with various symphonies, giving more than 75 concerts – teaching was where she had the greatest impact. In 1961, she came back to the UT School of Music – she had done her graduate voice work there in the 1950s – as part of the voice faculty and never left. It became her calling. Even though she spent the last three years of her life battling leukemia, Deatherage continued to see students. She was still teaching in the last week of her life and looking forward to the next school year.

Deatherage was more than just another instructor, however. She was the kind of teacher they make movies about: one who had an infectious passion for her subject and a skill for bringing out the best in her charges; who knew her pupils as people, too, and became deeply involved in their lives outside the classroom as well as in it; who opened her home to them.

Rachel Frank, who has been helping publicize this week's memorial concert, saw all this firsthand as a student of Deatherage's from 1996 to 2000, but she knew of it beforehand through her mother, who had studied with Deatherage 30 years earlier. The thing about Deatherage, Frank says, was "she found out what was unique and special in each student" and geared her training to that individual's strengths and weaknesses as a singer. "Her genius was being able to create a path for each student that was unique. She could pick the repertoire that spoke to you. And then you'd want to work on the music because it was for you."

Rose Taylor, who worked alongside Deatherage for 18 years on the voice faculty, agrees that her colleague excelled at providing artistic guidance for young singers. "She was very careful in the coaching of repertoire," Taylor says, "a great guide in that quest," who could not only find the music that would suit a particular singer but school them in how to sing it – phrasing, tone, breath control, flow, everything involved in "the discipline of making music artistically. She really was a master technician."

Not that she made it easy. "Taskmaster" is a term commonly applied to Deatherage. "She wasn't wishy-washy about anything," notes Taylor, but "in the end, you learn a lot more when you have to work hard for it. It may not be that much fun when your feet are held to the fire that way, but you appreciate that you have something of artistic value." And clearly the work paid off for many of those students, who have graduated to professional careers, singing in such prestigious locales as the Metropolitan Opera in New York and the Bayerische Staatsoper in Munich.

"She got the most out of her students," Frank agrees. "But Martha was never just a teacher." From her mom, Frank heard stories of Deatherage taking students to Europe and what she shared with them as they traveled together. Then there were the trips out to her house overlooking the Hill Country, a tradition that endured through Frank's own time with the teacher. ("She was a very gregarious, social person and gave wonderful parties in her house on the hill," as Taylor puts it.) She didn't just entertain, however; she shared her home and her knowledge about everything from literature to cooking. And she took an active interest in the lives of her students, while they were studying with her and after, even when, as with Frank, they didn't pursue careers in music. She became for many, Frank says, "a mother figure," who was committed to her charges and remained so for life.

Not surprisingly, then, it was Deatherage's students who were the driving force behind this week's concert. As far back as last May, they began approaching professors in the School of Music, asking, "When can we do a concert in her honor?" At that time, the fall schedule was too full to accommodate one (although the school dedicated the fall's vocal celebration concert and the entire season in the Jessen Series of Distinguished Faculty Artists to her memory), so it was planned for the spring.

Faculty members took the lead in organizing the event, and they started trying to contact as many of Deatherage's former students as possible, a considerable challenge given her 41-year career at UT. Many of them could not come back because of professional obligations (its own tribute to Deatherage's success as a teacher), but eventually, Rose Taylor was able to obtain commitments from 17 past students, representing several different generations in Deatherage's career, some going back more than 20 years. Taylor herself will sing, and so will four other members of the voice faculty: Darlene Wiley, Leonard Johnson, Nikita Storojev, and David Small. Lita Guerra of the piano faculty will also perform. The program will include German art songs, spirituals, operatic arias, and selections from Vauxhall Gardens – popular music from the era of George III that Deatherage researched in London and knew particularly well.

All involved are eager to honor their departed friend, who has left a sizable void in their lives. "We miss her," says Taylor. "I'm sure that goes without saying, but still it should be said." Or, as in this case, sung.

A memorial recital in tribute to Martha Deatherage will be held Sunday, April 4, 4-6pm, in Jessen Auditorium on the UT campus. Admission is free and open to the public.