Are We on the Edge?

Answers to timely and timeless questions at the Long Fringe 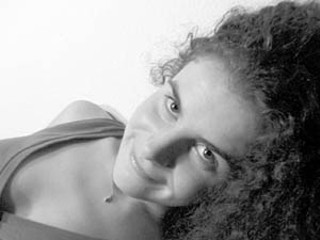 You might suspect that any theatre artist who keeps creating solo shows in which she or he must portray dizzying numbers of different characters without so much as a hat or scarf to distinguish them has to suffer from either a bloated ego or untreatable masochism. And yet, as the self-created, multicharacter comedies of Rob Nash have taught us, these works may be merely the expression of particularly gifted and versatile writer-actors. Such looks to be the case with the solo shows of Gemma Wilcox as seen in this double bill. In her snapshots from the life of a young Englishwoman named Sandra, Wilcox displays an imaginative approach to theatricality, a rich sensitivity to character, and a winning sense of humor.

The first, "Ménage ô Dix," takes us to the isle of Mauritius – home of the long-vanished dodo – where Sandra is vacationing with her widowed mum. While handily evoking the island atmosphere, Wilcox neatly balances the young, shy Sandra's tale of blooming romance under the tropical sun with the story of her middle-aged mother confronting her grief for her dead husband and the need to move on with her life. In "The Honeymoon Period Is Officially Over," Wilcox sends a slightly older Sandra to a farm in the UK to seek marital counseling from a favorite aunt and uncle, wryly reminding us that there is none so blind as he who will not see.

Wilcox is such a naturally appealing performer that we might be drawn into her dramas solely on the basis of her charm. But she is also an actor of considerable craft and distinguishes each character with precision; case in point, the brief flashback in which young Sandra is fishing with her dad, and Wilcox moves from daughter to grown dad just by shifting her feet from pigeon-toed to slue-footed. The action, cleverly conceived and cleanly executed, reveals a keen observer of human life and an artist committed to getting it right. (Friday, Jan. 30, 8:45pm; Saturday, Jan. 31, 6pm)