'Dog' Has Its Day 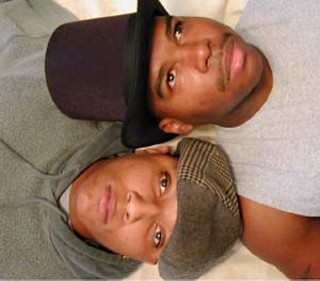 Until a short while ago, playwright Suzan-Lori Parks was living in the margins of the American theatre, one of those artists whose work was known more than seen. Her dramas, dense with symbolism and poetic language, were most often staged by smaller companies willing to take a chance on work that ventured outside the mainstream, and while the plays were championed by critics and lauded with honors, attendance remained small. Austin theatregoers may recall the 1999-2000 season in which two of Parks' works were produced locally -- Venus, mounted by Salvage Vanguard Theater, and The America Play, staged by the Zachary Scott Theatre Center -- but that brief surge of interest in this playwright's efforts was the exception rather than the rule, not just in Austin but across the country.

Then came Topdog/Underdog. With this story of two brothers, Lincoln and Booth, stuck in a cramped apartment, struggling to get by -- one through thievery, the other playing Honest Abe in sideshow re-enactments of Lincoln's assassination -- Parks struck a chord with a larger audience. The Public Theater's off-Broadway production, with George C. Wolfe directing Don Cheadle and Jeffrey Wright, was enough of a sensation to warrant a move uptown, making Parks only the fourth African-American woman to have a play produced on Broadway. The play was awarded the 2002 Pulitzer Prize for Drama and has become one of the 10 most-produced plays in the United States this season. This is one work by Parks people are seeing.

Now, Pro Arts Collective is giving Austin its first look at Parks' breakthrough drama. Given the company's focus on African-American arts and its track record with dramas from Lorraine Hansberry to August Wilson, Topdog/Underdog is a natural fit, but it's also one of the most current and ambitious dramas that Pro Arts has tackled in its 10-year history. Fortunately, there's an experienced hand gripping this dog's leash, that of artistic director Boyd Vance, and he has enlisted Maurice Moore (Pro Arts' Blues for an Alabama Sky, God's Trombones) and Mark Banks (Pro Arts' Advice to the Players, First Stage/Zach Scott's My Children, My Africa!) to wrestle in Parks' Cain-and-Abel conflicts. They promise you something meaty to chew on this first month of the new year. 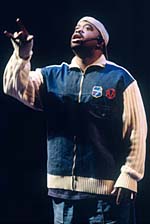 Word Is Out
After conquering Broadway, Def Poetry Jam goes national and Pro Arts snags them