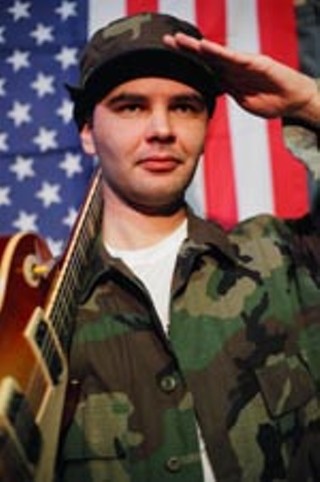 "The Wussy Boy Chronicles," by Erik Ott. A series of poems and monologues exploring masculinity.

"Kisses," by Danielle Monsalvo. A look at a woman's relationships and love mishaps.

"Begging Your Indulgence: A Tarot (of Sorts)," by Hank Schwemmer. Interactive work with the audience choosing which of 50 short pieces will be performed. (Austin Script Works commission)

"Two Bubbles," by Greg Romero (Cliff Diver Productions/rm. 120 theatre). Three versions of a young couple converge during one night of staying up late. Finalist for the Actors Theatre of Louisville's Heideman award.

"remembering," by Tamara Beland. Short stories told by a young boy remembering his mother and his aunt.

"Forbidden Fruit," a short film with music by Jon Daries and Sheima Mojtahedi

"Pride, Envy & Lust," by Stacy Christie, Rebecca Ouellette, and Melissa Watt. Piece inviting the audience into the creative and insecure working of an artist's brain.

"Lashed Chants," by Wayne Alan Brenner. A solo stroll through the life and times of the author.

"A Short History of Coal and Coal Mining in England," a short film by Robi Polgar and Lowell Bartholomee

A Chinese shadow puppet show by Elizabeth and Francesca Marquis

"Two Shorts for No Good Reason," by Randy Wyatt. Actor Sanctuary Group performs "Defined by Negatives" and "Defined by Inverses."

"The Living Wage," by the Gypsy Babies. A live "silent movie" in black and white, which uses music and slapstick to tell the story of a distracted typist and modern medicine. 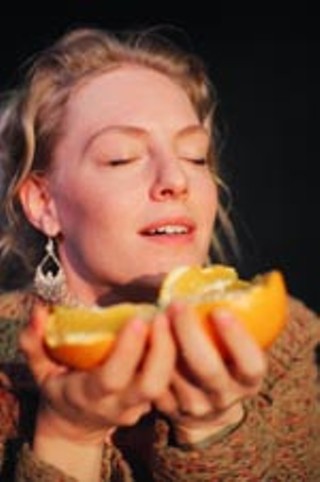 Lynn Mikeska in "The Color of Your Dreams"

"The Grandfather Paradox," by William Schwarz and Rebecca Schwarz. A play about time travel and family ties.

"Absolute Rest," conceived by Ian Hunt. An account of one person's struggle to identify the truths in him/herself and in his/her surroundings.

"What s/he said," by Austin Poetry Slam. A collaborative performance.

How to Belly-Dance for Your Husband Starring Little Egypt, 9:15pm

"The Color of Your Dreams," by Gary Rasp

"Out in Front," by Cynthia Allison and Cari Kerkhoff (Moving Voices Dances). Excerpts from a full-length multigenerational dance piece.

An untitled drama by John Flynn about excess, need, and control in a relationship, the drive not to give up, and the peace in acceptance

"You Should Go to Church," by Aaron T. Dixon, directed by Blanca Madriz. Play in which two strange and invasive proselytizers sabotage a young man's Sunday morning.

"Connections," by Marshall Ryan Maresca. A frank and explicit look at phone personals.

"The Weight Guesser," by Charlie Watkins, directed by Jon Holt. Play about a mysterious carnival worker's elusive past. 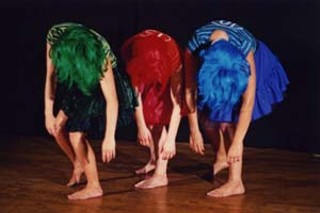 "The Smartest Man in the Whole Damn World," by Brad McEntire. A short, free-form, one-man show.

How to Belly-Dance for Your Husband Starring Little Egypt, 6:15pm

Will Power: The Course of Love, 8pm

Ménage ã Dix and The Honeymoon Period Is Officially Over, 5:30pm

"The Saddams," by Rebecca Schwarz. What will Saddam's body doubles do now?

"The Truth About Harvey," directed by Linda Leseman

"The Demon of the Well," by James B. Hendricks. Act I of this verse drama.

"The Birth of Paper: A Ritual Transference," by Molly Rice. "Experiment 002. Intent: To soften the cruelty of absence. To rupture the caul of separation. To witness in real-time the rebirth of a medium." (Austin Script Works commission) 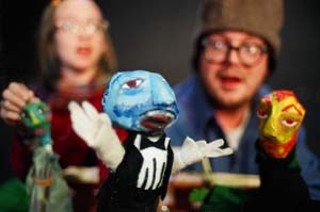 Dorothy Smith and W. Ryan in "Hans My HedgeHog"

"6 Years and 19 Days," by Rhonda Kulhanek. Original monologues depicting the life of a single white female.

"Nothing," by Viva la Vulva. Ensemble piece by the San Antonio troupe.

Ménage ã Dix and The Honeymoon Period Is Officially Over, 7pm

"Some Leave, Some Stay," two short works, one by Anup Mistri and one by Ryan Campbell

How to Belly-Dance for Your Husband Starring Little Egypt, 7pm

"The Number Cruncher," by Max Langert. Isn't it creepy how you can work so close to someone but have no idea who that person really is?

"We've Died -- How Unfortunate," by Megan Gogerty and Alexis Chamow. Comedy that explores the deaths of notorious women.

An original work by Emily Fordyce and Lauren Alleman

Ménage ã Dix and The Honeymoon Period Is Officially Over, 8:45pm

Will Power: The Course of Love, 2pm 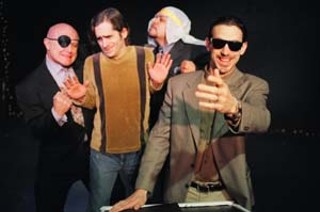 Ménage ã Dix and The Honeymoon Period Is Officially Over, 6pm

How to Belly-Dance for Your Husband Starring Little Egypt, 2pm

Will Power: The Course of Love, 6pm

"Thirsty Dog: A Prague Story," by Steve White, directed by Jimmy Gonzales. A young American and a Czech pensioner cross paths in a pub on Valentine's night.

"Spin -- an inside out musical," by Catherine Berry. Obscure musical theatre songs spun out of their original context.

"The Show to End All Shows," by Lowell Bartholomee. A star-studded cavalcade of theatre magic.

"Lucy Dies in Fives," by Abi Basch. Play that explores five deaths of one woman during five minutes of brain activity after her body dies. (Austin Script Works commission)

"Guru or Disciple? Yes!" by Bijoy Goswami. A dialogue between a guru and disciple on the bank of a river.

"Naturally Curly Hair," by Kirk German. One young man's compulsive quest to unlock the mystery of a forgotten character from the Peanuts comic strip.

"In the Name of Love," by Wayne Alan Brenner. Play about the power of friendship and venom.

"What Am I Saying?" by Kayo Fischtrom. Dance performance.

"The ManFools: Live," by the ManFools. Sketch comedy by Austin's original gay, lesbian, and more troupe drawn from their cable access program.

A piece by Shannon Ward

"The Harem," by Eric Geyer. A new comedy.

"Bill's Dead," by Bernadette Nason. A comic take on an Englishwoman abroad based on the author's travels in North Africa, the Middle East, the United States, and Great Britain.

"Best of the Fest"