A Shared Love of Dance

On a Monday afternoon, tap legend Acia Gray watches two Tapestry Dance Company members run a routine. As they swing through the song's irresistible chorus -- "Strangers in the night/Two lonely people, we were strangers in the night" -- the company's other dancers clap and cheer. But in the corner, Gray sits meditatively, her eyes locked on the feet, the clattering feet, with their fusillade of sound. When the dancers miss a beat, she tilts her head. When they nail it, she glows.

"Last season was the peak of the feeling that Tapestry was a stepping stone," Gray will say later. Fourteen years after she founded the company with Deirdre Strand, Gray watched as all but one of her principal dancers moved on to other cities and careers. After a series of national auditions, Gray hired five new members, who join Gray and veteran Poet Powell onstage to inaugurate a new era for the multiform dance company. "What this season has taught me is that it's not a stepping stone, that it can be the ultimate place."

The company is rehearsing My Funny Valentine, opening Friday at the Paramount. Gray describes the hour-and-a-half show as "a celebration of just how crazy love can be" -- dancers switching partners, rolling around on the floor, ripping off clothes. But for all its kinky overtones, it is as high on romance as a Sinatra standard. My Funny Valentine is only the troupe's second show since the new dancers signed on, although throughout rehearsal they tease and topple each other like old friends.

"It's just meant to be," Gray says. "I don't think I've had a group that worked so well together." Eleven years and several injuries after joining Ballet Austin, Andrea Comola traded in her pink slippers for a life of less strain. She now splits her time between dancing and the care of Louis, her blue-eyed darling of a one-year-old.

Austin Chronicle: Why did you leave ballet?

Andrea Comola: Every year after I turned 26 there was more and more maintenance. I was always injured. I began to wonder if it was worth it. One day my husband said, "When you're home, I want you to really be here instead of still being at work." And I thought, "Me too."

AC: How is it different being at Tapestry?

Comola: In ballet, everybody needs to be a cookie cutter of the same look. Whether you are that or not, you have to try to be that. Here you get to be yourself, whatever that is.

AC: Has it been difficult returning to dance after having a baby?

Comola: I always hated getting back in shape after the summer, but after having a baby, it was 20 times harder. The bones in your pelvis spread, all your ligaments stretch. There are things you can't do with your back because your uterus is getting bigger. Plus gaining the weight. I just now feel like I'm back in shape, and it's been a year since I had him.

Comola: "Let's Get It On" with Morgan and Poet. They're these two hot young guys, and I'm this old woman, and I get to roll around on the floor with them. My first day of choreography I was like, "Thank you, God."

During another dancer's interview, Morgan Hulen playfully steals focus -- making funny faces, doing little dances, pretending to sneeze a trick flower out of his nose -- but in performance, the ballet dancer from Missouri is anything but a ham. Acia Gray calls him "one of the finest male partners we've ever had." He also has a knack for solving problems, which earned him his nickname, "MacGyver."

AC: You went to the North Carolina School of the Arts. What was that like?

MH: You eat, sleep, breathe ballet. Those were the two coolest years of my life. If I could bottle those ... It was the best thing that ever happened to me.

AC: Was it like Fame? Any ballet in the cafeteria?

MH: No, but there were some insane things in the cafeteria. You gotta have some release.

AC: All the women in this company say what a good male partner you are.

MH: At School of the Arts, we had a technical ballet partnering class, and all the guys had this healthy competition about who could be the best at it. So the girls would say, "I like to partner with Josh more than Morganí" and I was like, "Hey, wait a minute. I better work on that." And it's something I enjoy, figuring out how to make things work and look attractive.

AC: You spent two years at the Louisville Ballet. Why leave? 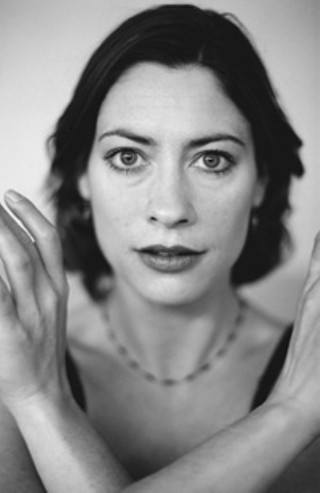 Though a car accident in her native Canada left doctors questioning her dance future, Tasha Lawson not only recovered her ability, but also honed it. "The awful part is having your range inhibited," she says, "but the great part is the appreciation for being able to dance and mobility in the body."

AC: Before Tapestry, you were living in New York?

TL: I lived in Queens, the definite artist life: sarongs for your walls to divide the living space, and it was the only way you could do it and afford to do it. About a year and a half into New York, Tapestry put out an audition. When I did tap, I missed modern, and when I did modern, I missed tap, so I thought this was right up my alley.

AC: What is your favorite dance movie?

TL: Singin' in the Rain, because it's joy. I would have loved to live in that era, when everything was so beautiful and sophisticated, and there's that tradition influenced by vaudeville.

TL: When I first heard "Do It Again," I envisioned throwing myself over a grand piano wearing a red gown and holding a martini glass. But [guest choreographer] Carolyn Sutton's take on the song is the magic of love and exploring its innocence. It takes me back to when I was 16 and I first fell in love, that giddy energy and melodrama.

A third-season Tapestry veteran, Poet Powell is long limbed and stately, a seemingly carefree dancer. But when the new cast arrived, he worried. "I placed all these expectations on myself. I felt I had to be representative of the company. I went to Acia and said, 'I feel nervous.' She said, 'Relax, this is your home.' That settled me down."

AC: When did you decide to become a dancer?

PP: It was in college, at the University of Oklahoma. I was an engineering major, and I was getting bored. It wasn't a challenge anymore. I took an intro to jazz class, and it was the hardest thing I ever did. I thought, "I can't do this." And then I thought, "No, I'm going to do this."

AC: What keeps you with Tapestry?

AC: What's the biggest challenge of being a tall dancer?

PP: Moving quickly. My arms are 5 inches longer than the average wingspan. It's hard for me to get from point A to point B. I have to apply more force.

AC: When did you decide to become a dancer?

JJ: My mom had that idea for me. She was a Rockette. I was always banging on the pots and the walls, but it wasn't until I was about 13, I did a time-step, and she said, "How did you learn that?" I said, "I've been watching you, Ma."

AC: Do you get a hard time for being a male dancer or a white tap dancer?

JJ: Growing up I was fortunate, 'cause I played a lot of sports. And I was so good at tap dancing, what are they gonna say, that I'm bad at it? No, I'm not. You dance like a girl? No I don't. Now, being a white hoofer, I've had to prove that I've got rhythm, and let's face it, there's not a lot of white dudes who do. The cliché had to start somewhere. But usually, as long as I got my tap shoes and a floor, that's my therapy.

JJ: "Call Me Irresponsible," my tap number with Morgan. He's my roommate and like my best friend. It's like dancing with my brother up there.

In high school, Brenna Kuhn's counselors told her she was too smart to become a dancer. She enrolled at the University of New Mexico as a biomedical engineer, and though she eventually published a paper about flamenco dancers in a medical journal, she soon returned to her first love. "I just couldn't not dance," she says. "It wasn't even a choice."

AC: What is the hardest thing about tap?

BK: Being able to make your feet sing. For me the challenge is trying to say something with my feet and not just making noise or rhythms, the same way you can communicate with your body in jazz or modern.

AC: Is tap hard on the feet?

BK: No, because you don't really use your feet. Acia uses a very loose-ankled foot technique. It's how you use your hip, how you straighten your leg, where you position your weight. So to do a heel drop isn't just to put your heel down, it's to put your body down.

AC: Do you have a favorite movie about dance?

BK: Stormy Weather, with Lena Horne, Bill Robinson, and Cab Calloway. At the end of that film, the Nicholas brothers run up these giant staircases and slide down them in the splits and of course stand up with no hands. Some people have called it the best tap piece on film.