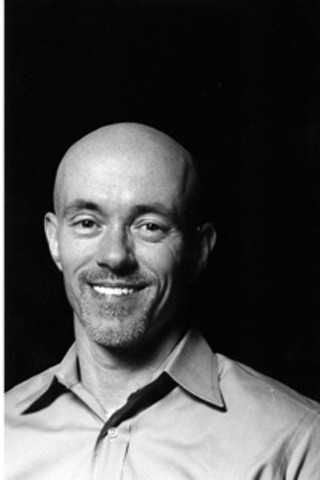 The title of Ballet Austin's program this month is Director's Choice, which is fitting since February marks the second anniversary of Stephen Mills being named the company's permanent artistic director. It has been a busy two seasons, what with Mills delivering a new full-length ballet based on Hamlet, the company being invited to perform at the Kennedy Center in Washington, D.C., and BA purchasing a new home in the Aus-Tex print building downtown. So what do the choices for this program reveal about the director? A breadth of interest in other choreographers' work, as seen by the inclusion of dances by Ulysses Dove and Dwight Roden; support for his own company members, evidenced in the inclusion of a dance by Ballet Austin's own Gina Patterson; a willingness to revisit his own work, as seen in the return of his 1999 dance My Wall of Names; and a deeply spiritual bent, as shown by all four works -- Dove's Vespers, Rhoden's Ave Maria, Patterson's Life Wind, and My Wall of Names -- which build on themes of faith and spirit. Here, the director reflects on his first two years and this weekend's program.

Austin Chronicle: It was two years ago this month that you were named permanent artistic director for the ballet. Is it good to be the director?

Stephen Mills: I have found that there was no way to prepare for this job. There are skills that I didn't know I would need, and I have had to develop them quickly. It isn't just the art. But it is a wonderful job because the team -- dancers, staff, board, and audience -- is very supportive and involved.

AC: Two years ago, you told me, "Being a leader as a choreographer is completely different than being a leader as an artistic director. So it's trial by fire some days, and I'm learning those lessons as they come up." What lessons have you learned as a director in the last two years?

SM: Patience. Things never proceed in a straight line, and no matter how strategic I may try to be things happen beyond my control.

AC: Can you single out your proudest moment from your first two years as director?

SM: Two things stay with me. The first performance where I had been named artistic director was very special. The audience was very warm, and I felt truly a part of this community. The second was last January when Ballet Austin performed at the Kennedy Center in Washington. On my list of dreams and desires, it was one I had never imagined. I am very blessed.

AC: The title of this program explicitly calls it your choice; why choose such a spiritual program now?

SM: In recent history there hasn't been a time where we as a people needed solace. The world seems very out of control at this point, and now is the time for us to find our centers ... to see who we are at the core. Art is the place I find my core.

AC: Is there any other reason that led to you coming back to My Wall of Names at this point?

SM: Obviously, it started as a reaction to 9/11. It was a very special work for me as I created it to remember my grandfather. It takes on even greater poignancy this week after the terrible disaster of this past weekend. The ballet is about remembrance and lifting up. I want people to feel at peace at the end.