I Hear a Symphony

65 years after writing it, Kent Kennan gets to hear his prize-winning composition played in concert 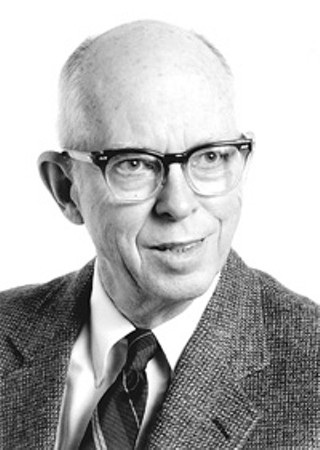 You can't hum it or tap it out on a table. But often counterpoint is the intangible ingredient that makes millions of folks bond with a Beethoven symphony, a Duke Ellington masterpiece, or a Sting album. It separates Mozart from Salieri, Beethoven from Hummel, the Beatles from the Dave Clark Five.

Kent Kennan is a master of counterpoint. His book on the subject has been the standard text for more than four decades, and he has a succinct definition when new acquaintances ask what counterpoint is.

"The art of combining two or more voices in a musically satisfying way."

His definition would be incomplete if one word were removed.

"It is almost unheard of for a textbook to have that kind of life," says Donald Grantham, Kennan's colleague at the UT School of Music and co-author of the latest revision of The Technique of Orchestration. "In high school and at the university I used both of these books. They were the standard texts in grad school, and they are still used today."

Kennan, the composer, writer, and educator, has been an essential voice in America's musical counterpoint since 1936 when he won the Prix de Rome Composition Prize, in part for a symphony he wrote as an undergrad at the Eastman School of Music.

He never heard it performed. In 1939, his teacher, Howard Hanson, conducted it with the Eastman Rochester Orchestra, but Kennan was in residence at the American Academy in Rome. Hanson sent him recordings on crude aluminum discs, from which Kennan could tell very little. He will finally get a chance when Bay conducts the Austin Symphony in the second movement of the three-movement work at its concert this weekend.

Bay planned to present the work in April as a 90th-birthday surprise, but health made scheduling an issue. Last year Kennan began preparing friends for his decision not to undergo dialysis, which he knew was inevitable. It was the same choice fellow Austinite James Michener made in 1997.

"The actual dialysis is nothing to worry about," said Kennan, who had two treatments. "I would consider it if you could go in for five minutes and come out. I had to go three times a week for four hours each. I had thought I could while away some of the time by sleeping, but it was too noisy. I thought I might read, but I am not sure in those surroundings. I didn't think it was worth it to do this for the rest of my life just so I would feel a little better when I was 91."

Despite a family grounding in public affairs -- Kennan's father was a lawyer and his half-brother is writer and diplomat George Kennan, who largely designed American policy toward the Soviet Union in the Truman administration -- Kennan made music his career. After returning from Rome in 1939, he began to teach and joined the music faculty at the University of Texas in 1940. He left two years later for the war, serving as a bandsman and then a band leader with the Army Air Corps but in 1949 came back to UT, where he earned a reputation for being fair and always meticulous.

"I remember seeing some of his graded assignments, and I was amazed at the effort and time he put into them," said Grantham. I was one of his students in the Seventies, two semesters of counterpoint and two of orchestration, and I have kept the orchestration and counterpoint that he graded. They are a lesson in good editing, deftly mixing encouragement with Kennan's trademark skull and crossbones, which would appear whenever you sent an instrument out of its range or committed one of counterpoint's cardinal sins: parallel fifths or octaves.

Kennan's towering musical gifts had a way of humbling his students -- to illustrate a musical point, he often would open up a full orchestral score at the piano and play it up to speed, transposing the clarinet, horn, and trumpet parts on the fly -- but the man was humble himself, and in an often divided faculty, he played the peacemaker.

"He always tried to do what was right for the students and the department," said Dr. John Grubbs, retired musicology professor and dean of the graduate school. "He was mild-mannered, but he always spoke his mind. The department had so many different disciplines, and the faculty had different agendas, but he was always able to see the big picture. He made you feel like part of a family."

And he is a sly wit. A call from Kennan always ends with a joke (invariably off-color) that leaves you snorting. Yet he is ever sensitive of that passing notion of mixed company. At the end of an orchestration class, he mysteriously dismissed the women so he could tell the men that the descending violin glissandi in Richard Strauss' Til Eulenspiegel's Merry Pranks represented Til pissing out the courthouse window.

Unfortunately, Kennan's duties as a teacher and administrator left him little time for composition. And the shift in tastes toward Arnold Schoenberg's 12-tone system provided an additional disincentive. He didn't compose for almost 30 years.

Despite the many performances, recordings, and awards, and the countless composers who proudly claim him as their mentor, Kennan is pessimistic about composing as a profession. "It is a real question whether anybody should undertake a serious career in composition. It isn't that people hate us, they just don't know we are here. We are writing in a vacuum."

Still, after his retirement in 1983, Kennan again found his musical voice. One of his biggest successes was his reworking of Prokofiev's Op. 94 Flute Sonata, originally arranged for violin and piano; Kennan turned it into a clarinet sonata in 1984 and into a concerto for clarinet and orchestra in 1986. In the hands of clarinetists such as Richard Stoltzman (who played it with the Austin Symphony in 1997 and recorded it for RCA), the work quickly gained a firm hold in the repertoire, alongside his 1936 Night Soliloquy for Flute and Orchestra. Night Soliloquy is known to every professional flute player; Peter Bay played it when he was studying flute. It puts Keenan in a small handful of Americans (along with Sousa and Gershwin) to have had a work conducted by Toscanini.

Stoltzman recognized Kennan's brilliance in brevity in his Prokofiev transcription. "I've asked people to transcribe things, and it is not as easy as it seems," Stoltzman told me before his 1997 performance with ASO. "Kennan's transcription is so simple and very tastefully done, and it sounds like Prokofiev. That takes more than a knack; it takes a gift."

Throughout his career, Bay has championed American music, but he credits the idea of Keenan's birthday surprise to friend and fellow American music enthusiast Karl Miller, the rare recordings archivist at the UT Fine Arts Library. Miller's record label, Pierian Records, will release a CD of Kennan's chamber music this spring.

"About 10 years ago, I talked to Kent about the symphony," Miller said, "and he sat at the piano and played parts of it. He had not heard it since Hanson had sent him those scratchy aluminum discs." Miller discovered that the Eastman Rochester archives still had a copy of that recording Kennan had tried to listen to more than 60 years ago. Miller got a copy, and he made CDs for Kennan and for Bay, and suggested it to Bay for the symphony to play. "He prefaced giving me the CD by telling me that Kent was not very positive about it because he did not think much of it," Bay said.

"When they first suggested it, I said no," Kennan said. "It was written when I was an undergraduate at Eastman. It is an homage to Hanson, which means the little blue-haired ladies will like it."

Bay took Kennan's reluctance with a grain of salt. "It is a very fine piece. It is young Kent Kennan, but so what? We listen to Stravinsky's first symphony and appreciate it for what it is. A good piece, even if it doesn't sound like his mature music. But I didn't know Kent well enough to presume he would be OK with a public performance of it, so I put it off. Karl was good enough to remind me that his 90th birthday was soon approaching and suggested it as a surprise birthday tribute; I thought it was a very fine suggestion."

Kennan returns Bay's respect and affection. "I am just delighted over Peter Bay, and this is not a quid pro quo," Kennan said. "We have finally matched the conductor with the orchestra."

Bay reports that Kennan has stopped his protestations about his piece of musical juvenilia. "When I called him about two weeks ago, I was happy that he sounded positive about this presentation of the symphony. He seemed to have brightened his spirits a bit, and he had something positive to look forward to. That meant the world to me. I am expecting him at the rehearsal, and I need him at the performance."

Kennan is feeling better than expected, but has begun to see the signs the doctors described to him. He is at peace and happy to be hearing from countless old friends and former students, who share the feeling that Kennan's voice will be conspicuous in its absence. "I'm still here. I suppose I am falling apart a little bit day by day, but it hasn't gotten to the panic stage yet."