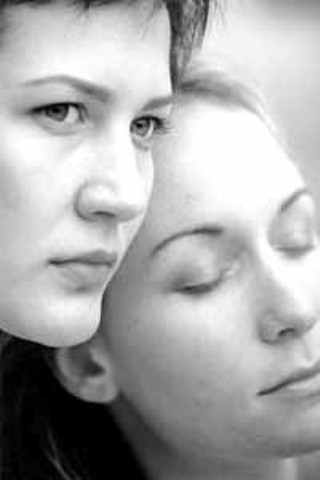 The Medea Stories: Woman on Trial

The crime that this woman has committed is unspeakable -- worse than adultery, worse than treason, worse than the killing of a spouse or sibling or parent. She has murdered her own children. Such action strikes us at our hearts' core -- it is the violation of a sacred bond of humanity, the taking of innocent life by the very one who bore that life into the world, parent rejecting child -- and so we cry out in horror and demand that something be done, someone be held accountable. And what is done is the woman is put on trial.

This time, it is Medea on the stand, her ancient crime scrutinized in a modern arena of law. The people who knew her are asked for their accounts of what happened, and experts are drafted to testify about the defendant's mental state. And as the case against this figure from the distant past proceeds, passions and sentiments familiar to us from our own time, from the latter-day tragedies of Andrea Yates and Susan Smith, cast pale shadows across the Mary Moody Northen Theatre stage. We are closer to this story than we knew.

The Medea Stories draws power from our familiarity with modern women who murdered their young. The feeling aroused by such cases has been so intense that to invoke them in the context of Euripides' tragedy is to call up the same shock and outrage, the deep sorrow, the almost overwhelming need to divine the motivations of these women and to establish responsibility for so heinous an act, and through it connect us to Medea's tale in new and more personal ways.

And to complement this immediacy, guest artists J. Ed Arazia and SITI Company members Barney O'Hanlon and Ellen Lauren, working with students in the St. Edward's University Theatre Department, bring to the piece a great urgency. From the first moment, the company hurls itself into the telling of this story, the performers bolting onstage in swift succession to deliver bursts of enigmatic movement (their meaning becomes clearer as the play progresses). The speed and intensity of the activity charges the air with tension. And that is extended into the courtroom, in the legal combat between the prosecutor -- Brent Werzner, military-erect and righteous, a man on a mission from God -- and the defense counsel -- Gina Houston, defiant and unassailable, an immovable force; so fierce and full of conviction are they, they might be Greek and Trojan soldiers doing battle on the fields of Troy.

In the course of the trial, the company plays out various events leading to Medea's crime, and the more we see, the more it appears that Medea's first crime was being born, as she says, "a clever woman." Everywhere she turns, she must face the judgment and intransigence of men who won't allow a mere female to interfere with their plans. Her husband defends his abandonment of Medea for a new wife, and in Bradley Carlin's Jason -- the picture of casual success in his knit shirt and pale green jacket, using his cane to practice his golf swing -- we see the aging hero coasting on the achievements of his youth. Medea protests to the king, but Creon -- Bhagirit Crow as a good ol' boy Texas politico -- calls her an unwelcome outsider and turns her away. The only man willing to help her is Athens' king -- Chris Sykes in white jumpsuit and aviator shades, suggesting another, more recent King, thankyouverymuch -- but only if no one knows of his actions.

Small wonder then that Medea seethes -- or more precisely, the Medeas seethe, for in this version two actors take on the role, generally appearing in alternating scenes. Elizabeth Wakehouse, her dark hair cut short, gives her Medea an anxious rage, as if beneath her indigo dress a bird was fluttering in her rib cage, pecking at her insides. Shannon Riley, her blond hair pulled back, projects a fury that seems to come from hot coals inside her; at times they cause her to double over in pain, but they also feed a blazing anger, as in one particularly potent scene when she disputes her husband's account of the episode with the Golden Fleece. Slowly, deliberately, she tells him, "I made you," and the words burn.

No verdict is ever rendered in The Medea Stories, but the play repeatedly suggests that a society that stereotypes and demeans women shares some of the guilt when those women lash out. In addition to the attitudes of the male characters, the idea is reinforced with sly references to pop music, especially those sappy hits of the 1950s and 1960s in which the female singer's life seems to revolve around some boy. We hear snatches of lyrics in the dialogue of the characters, and sound designers Jason Phelps and Margery Segal repeatedly sneak in sound bites from the Shirelles, the Marvelettes, and their ilk. Then there's the Chorus, which is recast as a Fifties girl group, complete with beehive hair. It's a testament to this company that it is able to bring such disparate elements into this story -- and to comment on the story -- and make them feel as if they belong, as if they're all part of an organic whole. And what an impressive whole it is: inventive, absorbing, provocative, entertaining, challenging. It takes a tale from ages ago and brings us close to it, gets it under our skin, into our bones and brain and heart, and gets us not only to look at it in new ways but to look at our world in new ways.