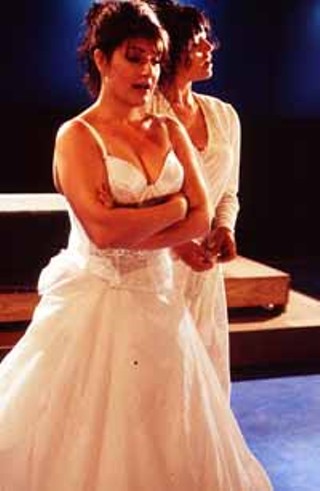 One-fourth of the outrageously talented Rude Mechs quadrumvirate, Richardson has brought much power and polish to a diversity of roles upon their Off Center stage and beyond. Although she's a sight to behold and a character-rendering marvel, it's her voice that has the greatest impact. Close your eyes for a moment during her next appearance: By itself, her well-modulated, perfectly accented voice (she's mastered Southern, British, Cockney, French, German, and more, and has provided many commercial voiceovers) will suspend whatever disbeliefs you may harbor -- about anything.