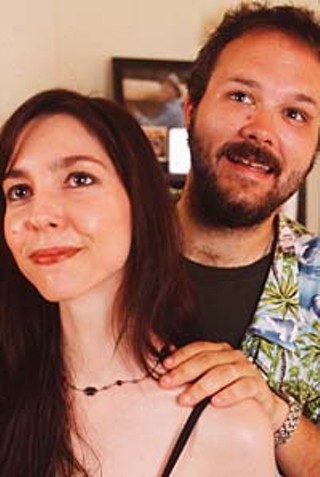 If an actor is supposed to disappear into his role, this sturdy, considerate biker with a background in stage combat and stuntwork is the Invisible Man. When he showed up as the German Student in The Soldier Dreams, we thought he'd just flown in from Munich; as a blind baseball fan in Bleacher Bums, his natural and assured portrayal had folks convinced he was completely sightless -- people asked about that after the show. Pretty delicate work for a man who earned his earliest chops by flailing broadswords and playing musketeer at Renaissance Faires.