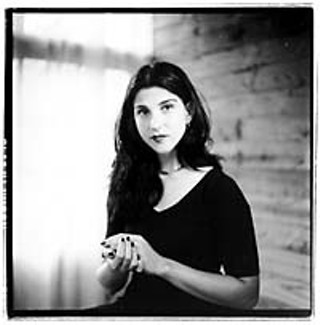 This fresh-faced kid from the University of O ... klahoma isn't kidding around. Her involvement with the dirigo group (as founding member) is one of the main reasons its reworking of Eugene O'Neill's Desire Under the Elms caused such an impressive ruckus on the local scene. Whether appearing as smart eye candy in the Bleacher Bums ensemble, helping twist Lanford Wilson's Home Free! into something new and thrilling, or nailing the nuances and conflicted passions of May in Fool for Love (opposite husband Judson, no less), this actor is a sweet force to be reckoned with. And, lordy -- can she sing.