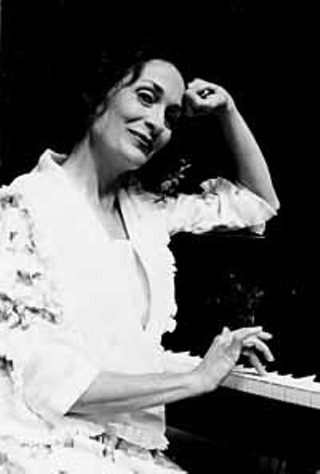 Leading lady at the State Theater for more than a decade. George's etched-glass features winning smile, and elegant poise are just part of what keeps her center stage. There's also her striking emotional openness onstage and a willingness to take on all roles, be they Broadway divas or Shakespearean murderesses. Skilled at finding a character's Achilles' heel and projecting it for us to see. The brittle vulnerability she portrays can be shattering. Special skills: serving up vain, overwrought thespians; see Anton in Show Biz, Light Up the Sky, and Hay Fever.