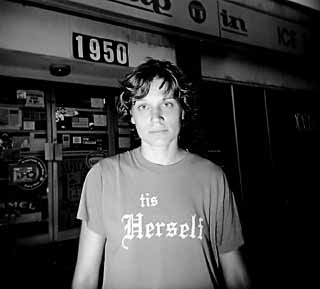 Living evidence that comedians are born, not made. In a town where actors playing for laughs have a woeful tendency to push for results, Eddy takes it easy and wins belt-busting guffaws. Tall and lean, she uses her lanky limbs to gangly comic effect and her lively, expressive features to project a lovable goofiness. It served her well at St. Edward's, where she shone in such shows as Neil Simon's Laughter on the 23rd Floor and Dancing at Lughnasa. Not to slight her dramatic skills, which are considerable, but comedy comes to her as naturally as breathing.