Back to the Garden

The Enduring Journey With Candide 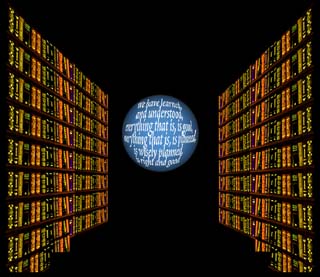 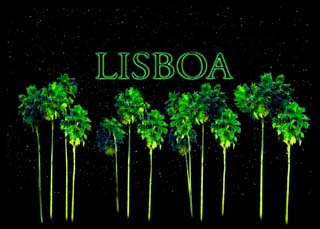 "The trouble with Candide is that it didn't fail." So wrote Lillian Hellman to Leonard Bernstein in the late Fifties, some months after the troubled debut of their musical adaptation of Voltaire's novella. She was deep in the first major overhaul of the work for a new production in London and had written Bernstein to notify him of the revisions being made by a small army of collaborators: herself, playwright Michael Stewart, lyricists Richard Wilbur and John Latouche, plus the director, musical director, and others in the production team. As she was closing the note, however, Hellman appears to have been struck by all the effort still being expended upon this work despite its painful tryout run in Boston, meager 73 performances on Broadway, and spate of largely uncharitable reviews in both cities. If the show had simply been a complete catastrophe, she reflected, if nothing in it had worked -- not the book, not the score, not a scene, not a song -- then she, Bernstein, and all the other parties who had sweated blood to get the thing on stage could wash their hands of it and move on to new projects. But that hadn't been the case. Even within some of the harshest assessments were nuggets of praise, acknowledgments that the musical version of Candide possessed charms, a spark, a soul. No, it didn't fail, so there they all were, a year later, poring over the text, snipping this song out, stitching that song in, rewriting and rewriting and rewriting the book, laboring to take that thing that didn't fail and make it into a success. And here we all are, more than 40 years later, on the eve of the first mounting of Candide by Austin Lyric Opera, and we're still at it, still trying to make the best of Bernstein and Hellman's (and now Hugh Wheeler and Stephen Sondheim and Harold Prince's) comic operetta. At least once every decade since its premiere, Candide has received a major new revival and each time the material has been substantially reworked in a valiant attempt to finally get it "right." The book has been thrown out and a new one written, songs have been added and subtracted and added back in, the new book has been expanded, more Voltaire has been spliced into the text, songs have been moved around from one part of the work (and one part of the globe) to another. All the variant versions have taken the work forward, if at times along radically different lines, but so far none has won the endorsement of all of Candide's fans. (For a brief history of the various versions, see sidebar.) The piece still hasn't come together in a complete and fulfilling whole, they argue, so the fine-tuning continues. With so many adjustments having been made to the work through the years, each with its band of defenders and detractors, now virtually every mounting of Candide is unique, with its own singular modifications to the text. 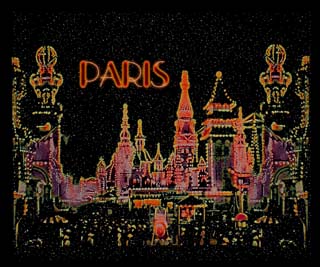 It's a rare thing for a work so universally accepted as flawed to inspire so much devotion, but then Candide is a rare work. It's the rough gem that somehow manages to catch the light just so, the misshapen bell that, when struck that certain way, nevertheless rings true -- that object possessed of a quality so pure that, when that quality is released, it seizes your attention and communicates the essence of the thing with a clarity that's startling. And the beauty of it either makes you giddy or makes you weep. In the case of Candide, it may do both, for the show veers from glittering absurdities to radiant lyricism, the ridiculous to the sublime. But regardless of the mood or how extreme it might get, the same astounding quality is taking your breath away. It is the spark which was present in the work from the beginning and which has fired the work ever since: vitality. Candide brims with life, with joie de vivre, an exuberance for existence and all that we experience of it through our senses. Oh, to be sure, an awful lot of awful things happen to the show's hero and his companions on their curious odyssey across the globe -- war, murder, earthquake, torture, slavery, shipwrecks, prostitution, and a host of other ills that would have had Job crying "uncle" -- but every improbable step of the way, the work sustains that pulse of life, that vigor that is so captivating. It sweeps you up in it and sets your heart racing jubilantly. 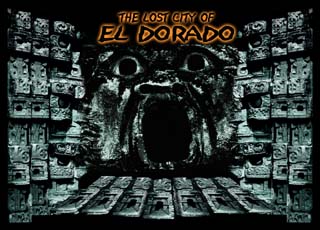 Anyone coming to Candide for the first time can feel that vitality the instant the overture begins. The brass come out of the gate like thoroughbreds at Belmont, sounding out a rousing, racing fanfare with timpani thundering behind them, after which a few pixy-ish flutes scamper down the musical scale, clearing out to make room for the strings, which dash in boisterously and do a fierce jig. The mood is light, the spirits high, and the music rushes forward in this vein, bouncing, bounding, pirouetting, gliding -- charging ahead as if besotted with its own vibrant energy. Even when it turns lush and liquid, as in the presentation of the theme of "Oh, Happy We," the overture keeps the tempo lively, flush with anticipation. By the time it reaches the overture's end, the pace is breathless, ecstatic, leading to an exultant finish. Not for nothing has this four-minute sprint become a favorite on the symphonic scene; its verve is infectious.

And that vigor streams from the music throughout Candide. From the chirpy pride of "The Best of All Possible Worlds," the opening number that establishes the foolishly overstated optimism possessed by Candide, his beloved Cunegonde, and the rest of their company (and mocked by Voltaire), through the stately wisdom of "Make Your Garden Grow," the grand and triumphant finale, the music moves with a palpable energy and strength. If it isn't bubbling up with excitement, as in Cunegonde's effervescent aria "Glitter and Be Gay" or "Bon Voyage," Vanderdender's gleeful wallow in his own wickedness, it's flowing along in deep, powerful currents of sound, as in Candide's soulful ballads "It Must Be So" and "Eldorado."

If the work's many fans and critics have been able to agree on anything, it is that from the beginning, Leonard Bernstein's score has been the heart of Candide, pumping its lifeblood through the work. Whether the text has been Hellman's weighty intellectual attack on McCarthyism and other modern plagues or one of Wheeler's breezy carnival sideshow versions, Bernstein's melodies and harmonies have held constant, giving Candide the oxygen and animation it needs to survive. As Christopher Mattaliano, the stage director for the ALO production, so succinctly puts it, "The music is why we do the piece." Indeed. Not to slight the lyricists, whose contributions are marvelously clever, as delectable as bon-bons, or to Voltaire, Hellman, Wheeler, and the other contributors to the book, without whom this piece would have no shape, but it is Bernstein's zestful score, endlessly inventive, always finding new directions to spin off in, and revealing itself with such obvious enthusiasm and heart, that makes this show perpetually fresh. One can return again and again to the musical Candide, and the music keeps it as youthful and bright as its relentlessly optimistic hero. It is so rich that you can find yourself back in the "Garden," listening to the finale for what feels like the thousandth time, and when the full chorus joins Candide and Cunegonde in their vow to lead a simpler life, to do the best they know, and the swelling brass and strings and hammering timpani that have been lifting the sound more and more skyward suddenly drop out, leaving that majestic choir to complete their vault to the heavens unaccompanied, and they ascend to that glorious harmonic peak, you can find yourself with goosebumps and a catch in your throat. And wanting to come back to that place again.

On the scale of history, enduring 40 years might not seem like an extraordinary achievement; but for Candide, a musical with a history nearly as perilous as its protagonist's, which appeared to have perished several times since its premiere, it is quite an accomplishment. And considering the manifold pleasures it provides, perhaps now more than ever, one is tempted to observe, as Cunegonde does of her beloved when she is reunited with him following his apparent demise: "Weren't you clever, dear, to survive?"