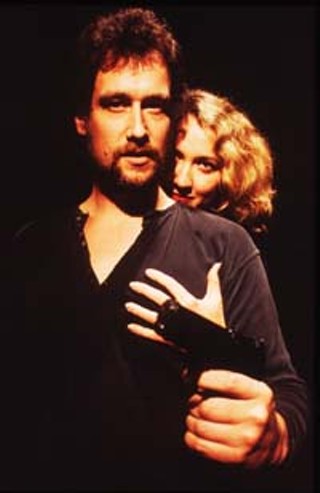 Since 1993, Frontera has turned its stage over to Austinites for five solid weeks of unjuried, uncensored theatrical adventures of 25 minutes or less. That tradition continues this year as the newly renamed Short Fringe.

As before, all Short Fringe performances are at Hyde Park Theatre, 511 W. 43rd, at 8pm. All tickets are $10. Discounted passes are available.

Performances are likely to sell out early, so reservations are strongly recommended. For tickets to any FronteraFest 2000 event, call 479-PLAY (7529).

The following schedule for the FronteraFest 2000 Short Fringe is tentative and subject to change at the artists' discretion:

Another Country, written by Elizabeth Mason

The Other Side of O, adapted by Elise Guillot, choreographed by Deborah Hay

The Spaces in Between, written by Kara Samson

The Paper Ladies, written and performed by Piper Anderson

Original Songs and Stories of Cancer, Lust, Vice, and Folly, written and performed by Daniel Bull

33, written and directed by Lowell Bartholomee 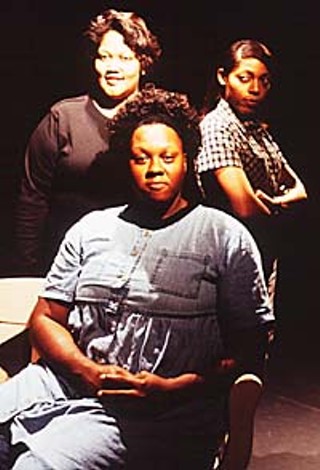 Best of the Week, Week 1: The hottest performance pieces of the festival's previous four nights, as determined by a panel of guest judges.

Reducing the State of Things, written by W. Ryan Willingham and Michael Bunn

Rise of the City, written and directed by Natalie George

Given Up, produced by Austin Script Works, written by Monika Bustamante

Bears Some Resemblance, written and performed by Julie Nathanielsz

Monogamy, the Power of Elvis & a Sassy Pair of Pumps, written by Lea Matthews 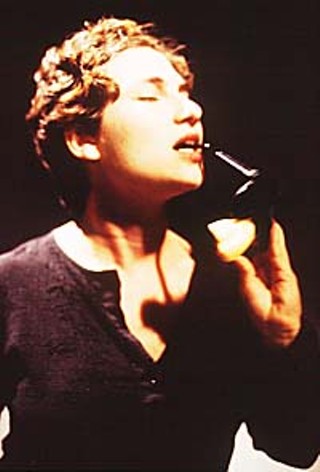 Twenty Minutes in a Nudist Colony, written by Tony Gallucci

Best of the Week, Week 2: The hottest performance pieces of the festival's previous four nights, as determined by a panel of guest judges.

The Art of Emotional Duress, produced by Jenny Larson, written by Travis Johns

Dissipation: One Peasant's Quest to be a King, produced by Duncan Joys

Feel It, choreographed by Heather Snyder

The Girl Has Issues, written by Amie Elyn

A Fairy's Tale, written and performed by Shane Breaux

Chicken Soup for People Who Like to Eat Chicken Soup, written and performed by Shana Merlin

Getting Naked, written by Tommy Vasquez 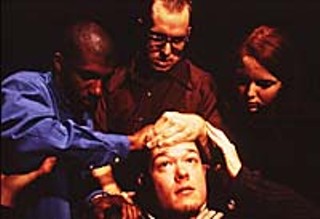 Reducing the State of Things

Wake Up and Believe, written by Adrian A. "Babatunde" Thomas

Best of the Week, Week 3: The hottest performance pieces of the festival's previous four nights, as determined by a panel of guest judges.

Buddha on the Dashboard, written by David Lesley, Charlotte Keith

Havana Blue: A Boomer Returns from the Cuban Front Line with 1,001 Fresh Tales of Sex, Smokes, and Salsa, written and performed by Lex Wadelski

I'd Like a Leica, written and performed by David Jewell

Have Faith?, written and performed by Carl Anderson

Six Under, written and choreographed by Andrew Long

Best of the Week, Week 4: The hottest performance pieces of the festival's previous four nights, as determined by a panel of guest judges.