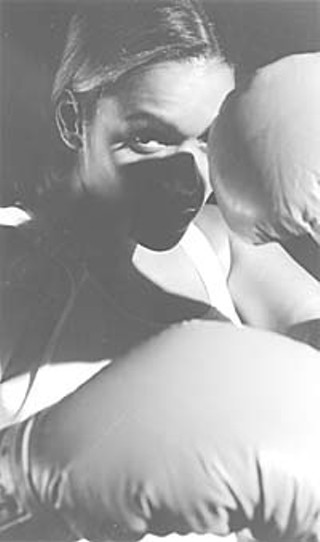 If you had to define Austin theatre through a single event, you couldn't do better than FronteraFest, the performance jamboree hosted annually by Frontera@Hyde Park Theatre. All the qualities that distinguish theatre in the capital city can be found there: the range of expression, the passion for performance, the abundance of original writing, the desire to experiment, the willingness to put it out there no matter what it looks like, the heart. Austin is a city of people hungry to express themselves, to sing out or shout out their stories, and FronteraFest gives them an unparalleled opportunity to have their say on a local stage. No jury, no audition, no judging of content; all they have to do is get their entry in on time, and they're guaranteed a showtime and a venue. So, for five weeks each year, they line up to tell their tales, the playwrights and poets and dancers and storytellers and comedians, the twentysomething performance artists with their in-your-face nudity and the sixtysomething novice dramatists with their reveries of life long ago, the earnest existentialists and the new vaudevillians and the acerbic cynics and the rest. They all take the festival stage, and the results are exhilarating: so many new voices, so many fresh voices -- some rich, some hypnotic, some garbled, some harsh, but every one so distinctive and personal that you're carried away by the breadth of expression.

More than 3,000 individuals have taken part in this grand chorus of creative declaration since it was started in 1993, and some 14,000 individuals have heard the collective song. This year is the Fest's seventh, and it offers the greatest opportunity yet for artists to speak, act, and otherwise do their thing and for audiences to listen, applaud, and do their thing. Frontera artistic director Vicky Boone reports that FronteraFest 2000 will offer 113 pieces in performance -- a new record. The bulk of these will be in the Fest's traditional showcase of short pieces (25 minutes or less), presented five nights a week over a span of five weeks at Frontera's home space, Hyde Park Theatre. Most of the rest, however, will be featured in the Fest's first-ever presentation of full-length works. Dubbed the Long Fringe, this new FronteraFest showcase features 21 works by assorted artists and companies at spaces other than Hyde Park, primarily at The Hideout at 617 Congress, and The Off Center at 2211-A Hidalgo. Long Fringe performances will be held over a two-week stretch, January 26-February 6, and will include new works by such festival luminaries as Emily Cicchini, Grisha Coleman, Lisa D'Amour, Daniel Alexander Jones, Katie Pearl, and Steven Tomlinson.

Plus, there's Mi Casa Es Su Teatro. Colin Swanson is curating this year's event including 12 original pieces performed in homes throughout Austin on Saturday, January 22, 2000. Tickets are $3 per performance, or $10 for a whole day of performances. Frontera will not be taking reservations. Tickets will be sold at the door on a cash-only, first-come, first-serve basis.

Because FronteraFest is such an extraordinary event for Austin and because there's, well, so much of it, the Chronicle is providing this guide to the 2000 festival. Inside, you'll find schedules, maps, and descriptions of the various events and artists behind them. Check it out, then check out the event that is Austin theatre in the next five weeks.